Better Community Living, Inc. (BCL) is a not-for-profit agency dedicated to providing person-centered services to adults and children with autism and developmental disabilities as they strive for greater independence in their community. Through BCL, housing, employment, recreation, learning and community involvement can be experienced like never before.

An Idea for the South Coast

In 1988, Executive Director and founder Thomas C. Riley, had a clear vision and began putting his ideas into action. After working for the largest provider of human services in Massachusetts, he knew that his biggest goal for this new entity was to provide a larger voice for individuals and their families while staying dedicated to the Greater New Bedford Area. “I wanted to keep it geographically compact so that we could provide high-quality supports. I also thought that by identifying with one area it would help us to get people more involved in the community,” Mr. Riley states.

He decided to designate the new agency as a nonprofit, defining goals that were based on service needs rather than revenue projections. He was driven to provide individuals with choices based on their individual needs and wants, to promote an environment that respects cultural diversity, to deal with behavioral issues with positive social responses (versus traditional institutional approaches), and to offer supports that treat people with respect and dignity. He wanted to provide “homes” for individuals, not just places to live. 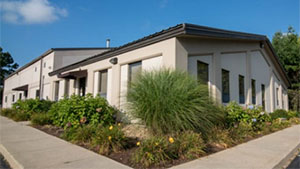 In 1988, BCL was granted its first contract with the Massachusetts Department of Developmental Services (“DDS”) to operate a home for four persons. The agency had eight employees that first year. Over twenty years later, BCL has 21 homes in the Greater New Bedford area supporting more than 100 persons and employing more than 200 dedicated staff.

BCL’s continued growth during the last decade has allowed it to serve more people while continuing to exemplify the fundamental ideals upon which it was based. “We take a team approach to decision-making and actively seek the input of the individuals we serve and their families. All families are invited to be involved in hiring direct care staff,” said Mr. Riley. He noted that BCL works as a team comprised of the consumer, family, staff and administrators.

Mr. Riley takes pride in the fact that the largest number of consumers living together in one home is four. “They’re not residential programs. Not households. They are homes,” he said. The majority of the homes are made up of two persons. This is what maintains the quality of life for a person. “We also are active in helping people engage in the community in positive, social roles such as friendships and other forms of community involvement, whether that happens as workers, volunteers or churchgoers.”

BCL expands in the 90s

In 1991, BCL began providing supported day and employment services in response to individuals with unique and challenging needs. At that time, the only opportunities widely available to capable individuals were sheltered workshops, which did not provide an integrated work environment. Looking to provide a positive atmosphere for such individuals, BCL designed and initiated unique day support programs.

This day support system was designed to rely heavily on the use of existing community resources. Focusing on maintaining high levels of community integration, this design has helped many individuals to eventually meet their support and employment goals. Other individuals who were not able to benefit from standard day workshop settings began to solicit our person-centered, community-based services. In 2010 these programs developed to include Day Habilitation Services.

Our Mission and Vision

We believe in a simple principle that “all people should be given the opportunity to work, live and learn”.

Our community involvement profile supports people to make choices that reflect who they are and where their future dreams will lead them. Each person’s unique gifts and talents are woven into their life. The satisfaction gained from expressing their wishes is evident. Staff are encouraged and trained to support all individuals as they move toward greater independence. At BCL, individuals have legitimate social roles and are supported to enhance those roles with dignity and respect leading to a real belonging.

In 2010, we began a Day Habilitation Program in the north end of New Bedford. The additional space allowed us to serve up to 28 more individuals efficiently, leading to additional upgrades and our current Dartmouth location in 2011. The new facility includes technology-enhanced rooms for teaching groups and individual activities, increasing sensory development and social skills. This new facility also includes an exercise room and kitchen to promote and maintain a healthy lifestyle. 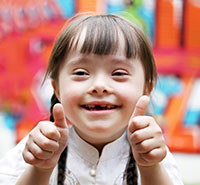 Since its beginnings, BCL has provided quality supports to adults with developmental disabilities in the Greater New Bedford area. We have grown from providing services to four individuals to assisting over 100 individuals including adults and children.

Our vision and mission continue to drive us in staying a friendly, local agency that grows deeper roots in our community. At BCL, we strive to provide quality care with a personal touch to all of the individuals we assist.